What are your thoughts of RMS back as a board member of the FSF?

I try not to think about such things… it hurts.

I totally agree with the politics of GNU and copyleft but the man himself is an odious little centipede. He should have stayed away.

Better than Bill Gates joining the board. I can say that now because I haven’t gotten the plandemic microchip implanted yet. If you see me later fawning over BG than you know I have been altered.

I haven’t gotten the plandemic microchip implanted yet

You do realize that Zuckerberg already has done that, don’t you?

If I understand his critics right, his only crime is being a creepy old dude who makes women uncomfortable. You can sign this to one up the mob wishing to dismantle FSF. Richard Stallman (also known as RMS) is the founder of the Free Software Movement, author of EMACS, etc. 1 Activism 2 Incidents 3 References 4 Further reading Among other labels, Stallman identifies as pro-choice, an environmentalist and a "lifelong...

Does it really further the cause of the FSF to include on their board somebody who engages in this behaviour?

I would encourage everybody to sign up to this letter instead: 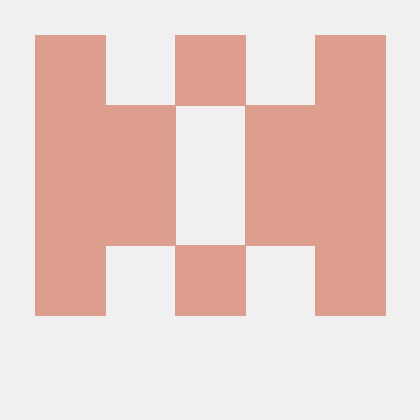 An open letter to remove Richard M. Stallman from all leadership positions

We, the undersigned, call for the entire Board of the FSF to step down and for Richard M. Stallman to be removed from all leadership positions. We will not continue suffering his behavior, giving him a leadership role, or otherwise holding him and...

I have only one comment and I think that sums it all up (for me, at least).

Oh how I long for the days of yester-year. Yester-year wasn’t all that long ago. Where people were truly free to go, do, and say what they choose. Where people actually knew how to “change the channel” if they didn’t like something… That day … September 10, 2001

As for Cancel Culture. Give em time. They will end up cancelling themselves out once they realize they are exactly what they are cancelling.

I work with women, and I work for women, a few who I would run through a wall for because of what they have done for me professionally. I would rather work with and for them instead of some of the men I work with and work for. A woman friend of mine hires me for Google and Salesforce gigs, the production team on the Google ones are mostly comprised of women, same with Salesforce. I can’t afford to make women feel “uncomfortable”. My job is to make them feel not only comfortable in choosing me for a particular job, but confident that the job will get done and surpass their expectations.

Character matters in leadership positions, I believe a person of poor character is prone to poor judgement, which ultimately yields a poor result, especially in a leadership position. I am not going to sign any petitions for or against RMS because it’s up to FSF who to choose for leadership positions, and whether it’s a good choice or a poor choice is predicated on the results of that choice, and that’s totally on FSF, let them sleep in the bed they make.

Where people were truly free to go, do, and say what they choose

So you think it’s fine to denigrate women and call people of colour the n-word then? I’m pretty sure you don’t. Or at least I hope you don’t…

Cancel Culture is the new Pet Rock, is just something that exists mostly on social media, not in any real capacity. I can agree that Cancel Culture will eventually cancel itself out, much like the Pet Rock.

So you think it’s fine to denigrate women and call people of colour the n-word then?

I dunno of this is part of the dirt underneath RMS’ fingernails, and maybe the real value RMS adds to FSF is in fundraising and support from RMS’s following, well, as controversial as RMS is when it comes to the idea of what freedom means in tech, denigrating anyone or using racial slurs is controversy FSF should not allow, unless they agree with it, or stand by it. If they do, so be it, good luck, they have just basically ended any support for FSF from those who chose to move forward in the 21st century.

I question what value RMS brings to the table, unless again it’s in a real tangible reason for support of FSF.

He should have stayed away.

For a better FSF.

I do not. I suppose that needed to asked and answered. I was more directing toward the fact that without the CC, things always had a habit of working out on their own. There are ways to deal with inequities of all types opposed to literally ostracize people out of any type of a society, life or even existence.

There used to be a time when folks were able to work their way back after demonstrating repentance.
I’m old fashioned in the way that only one entity has the right to condemn forever and even then, there is repentance before that.

I don’t believe humans, en bulk, have that supreme authority to determine if a person should be literally eliminated from every aspect of any semblance of life - With that said, I do not support the death penalty but I support life in prison without parole.

In any event, this is about RMS, not any other person nor should be directed to anyone else.
Just trying to open up a dialog where we can reason out both side without all the outside noise.

Now, I need to get back to why my new monitor is not working as I expected with my setup… Grrrr

I was more directing toward the fact that without the CC, things always had a habit of working out on their own.

It hadn’t for the former Washington Redskins, whose founder was a bit of a known racist, and the changing of the name has always been an issue before this whole false narrative of “cancel culture” existed. Besides, naming the franchise “The Washington Football Club” or something of that sort is better for the overall branding of the franchise, it has an international appeal that would resonate with soccer fans, as the NFL promotes the league abroad and internationally.

The problem with that NFL franchise is because of two reasons: former head coach Joe Gibbs went to NASCAR, and Dan Snyder still owns the franchise.

Now, I need to get back to why my new monitor is not working as I expected with my setup… Grrrr

Grab a cold one and be happy you’re not back in the doghouse fixing a lawnmower lulz.

Your post made me check that football team on wiki. Found they have achieved some very impressive records.

Here’s one of them,

The Redskins' 72 points against the [New York Giants](https://en.wikipedia.org/wiki/New_York_Giants) on November 27, 1966, are the most points ever scored by an NFL team in a regular season game, and the 72–41 score amounted to 113 points and the highest-scoring game ever in NFL history.[[](https://en.wikipedia.org/wiki/Washington_Football_Team#cite_note-recordscoring-143)

I used this when I used to write about NFL football: Are you in sports business? You certainly know a lot about NFL

Nah, I was just a football geek who spent way too much time on the internet arguing “why your team and quarterback suck ass”, and used sites like PFR for stats to back it up lulz. I used to write articles for Niners Nation way back in the day, under the same screen name I use here. But I found I the one thing I hate about sports are the fans lulz. Especially having to write for them.