Welp - I seem to have some unexpected time on my hands and may have even more next week due to a knee injury. Soooooo, I thought I would give Awesome a whirl.
Initial thoughts…

What I didn’t like:
Keep in mind, this based only on using it for 24 hours

Overall - I won’t use it. I think it’s Ok for someone going into WM’s and maybe most of my negative thoughts are just because I’m a lazy SOB and don;t want to redo all the bits.

You will get busy. I can assure you.

I use bspwm as my tiling WM. It’s light & easy to use. May explore sway when I plan to switch to wayland.

Just to contribute some additional randomness… I, also, am a dwm fan (former bspwm, hlwm, openbox user). Of late, I have been trying to use i3wm. I have to say that thus far I like i3wm as much if not more than dwm. There are two things I truly appreciate with i3wm above and beyond dwm.

I don’t like the menu on the left side of the panel - I’m sure you can remove it though.

Yes, yes you can.

Awesome handles floating windows and dual monitor setups really well, and it has some default layouts other window managers (xmonad being an exception) don’t provide. But if you don’t know lua, you’re pretty limited in your configuration. Keep in mind lua is version and environment specific so a user can’t normally drop in someone else’s configuration and expect it to work.

I find Awesome and its configs overwhelming. Admittedly I have spent only a small amount of time with Awesome in comparison to i3 and dwm.

The urge has been there to play with it and no doubt I will catch the Awesome bug sometime soon.

The bit about not a drop in config is very good to know moving forward.

have to be careful with those 3; those programing languages are particular about version and user environment. I think haskell also has different “styles” of coding so another variable to watch out for. Xmonad is an excellent window manager, but if you don’t know haskell it’s tough to get further than the basics.

The urge has been there to play with it and no doubt I will catch the Awesome bug sometime soon.

I catch the awesome bug once or twice a year; just recently uninstalled it. There were a couple things I wanted to do that are probably really easy if you know basic lua, but really frustrating if you don’t.

Still, even a basic setup is a really good window manager.

I think the key is not to try and emulate someone like @elenapan off the bat. Her Awesome implementations are just incredible:

All amazing implementations of Awesomewm.

Still, even a basic setup is a really good window manager.

Totally agree with this point.

My very first WM was Awesome. Yes it handles float tiles extremely well out of the box. I did not know lua at the time so the lua eval function scared me a bit (who knows what the next update will bring) so I went on to explore other WMs. Despite i3 taking less resources than Awesome it was much slower. One of the reasons I dropped i3 from my keepers list. If you have the inclination to master lua you will find Awesome one of the most customizable and most powerful WMs out there. Unfortunately I have a weak sauce system so it became my requirement to find the most resource efficient WMs. I like the get out of my way so I can do work kind of WM. Fibonacci and Dwindle stuff doesn’t impress me as much as simplicity and utility. DWM led me to archlabs. Both are my keepers. I only found hlwm better for zoom than DWM. FB is another keeper.

Wow! Not my style but defiantly has that wow factor.

I started looking into Awesome back in 2019 because I found this: 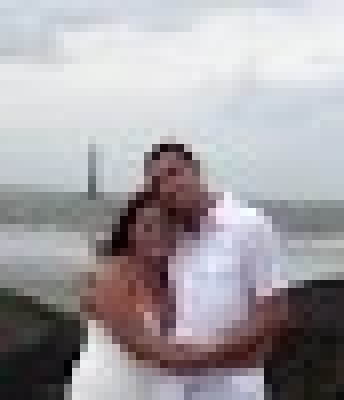 Linux for Musicians Awesome WM. Contribute to dafungusamongus/dotfiles development by creating an account on GitHub.

For a DAW, WM’s make more sense to me, because they are light on resources, and more minimal compared to a full blown DE like Plasma or even XFCE4 for example. For a DAW, I need windows that float or stack, but also can tile, so Awesome is a good choice, although LUA lulz. Learning curves with DAW’s or any content creation application (such as Lightworks for video editing) are steep enough, but I prefer an environment that is almost non-existent, with just a framework if you will for those applications, and really nothing else. It’s like building an appliance just for content creation, which is my ultimate goal, thus why WM’s again make more sense IMHO.

Wonder if OpenBox would be a good choice also for a Linux DAW.

It’s a reason why I use OB, I tried doing OB with AVL-MXE, but I ditched that distro not because it had XFCE4, or any reason due to a WM, it was because it came with applications I didn’t need, like Cinelerra and the godawful WINE (I guess for VST reasons, which I plan to use outboard hardware for MIDI instruments). Multi monitor is key here, I plan to use three of them (or an ultrawide, with another display for viewing completed video or cuts at least), but I don’t have any hardware for any of that yet lulz, and doing it all in Linux instead of Mac might be a headache all on it’s own (as well as potential clients preferring Pro-Tools, Final Cut, Adobe, etc.), but I tend to like to do things differently than usual.

Yep, ProTool s pretty big in music production, as some other ones that don t come to me real quick here, yep Logic, also but I don t know if it can be used on Linux, never checked I must say.

I am looking at this:

For a percussion controller, instead of the Roland E-Kits, because IMO the reason for the Trapkat is to take advantage of the physical footprint, you don’t need to invest in stands or cables for all the pads, and you can use the Roland drum “brain” with it, as well as what Alternate Mode has (the Trapkat I think still can ship with a built in Kurzweil sound chip). This and say a Korg keyboard workstation is what I would feed into the DAW via MIDI, the only thing I would need for the Trapkat that would need macOS or Windows is for mapping it (and I can buy a cheap used Thinkpad for that), and of course I need I/O that can work in Linux.

Oh, made by Harrison ! Their mixers are worth a fortune !

Looks like a good plan in there @drummer Mixbus must be a good one.

They aren’t quite my style, a little much going on for my basic tastes but super impressive implementations.