Wow, Shane Warne, legendary Aussie Cricket player died last night. Pretty sad. I hated this guy as a kid, he was devastatingly good, he embarrassed the Kiwi cricket team so often and he knew he was good. He was such an arse on the field, always sledging, always taking the piss. So arrogant, but that Aussie team from that era had every reason to be. But as I got older I cared a whole lot less about NZ winning and about respecting his amazing skill.

Of course he has been retired for a long while but man, was he fun to watch.

End of an era for sure. One of the most influential figures in world sport, has passed away aged 52.

This Twitter thread shows you some of his skill @ESPNcricinfo
There will never be anyone like Shane Warne https://t.co/O38WuowKID

No words to describe the shock of hearing about the passing of @ShaneWarne . No words, no human tribute can do justice or even begin to explain how he impacted the sport and our lives. The skill, the mind games, the character, the human being… unmatched in so many ways. pic.twitter.com/fsQ1RwJT8C
2 Likes
judd March 4, 2022, 7:55pm #3

I don’t know this game, in fact I have never seen it.
I read the whole thread.
I get the impression that this man/star in his sport, despite the recognition of his peers, did not have good peace.
He dies young, a pity.
Rest in peace Mr Shane Warne.

He was a master of his game. He had a lot of issues with drugs and alcohol as well.

Wonder if drugs & alcohol got the better of him.

@dobbie Remember his name well & what a great game! Nothing like a good 'ole “test” match.

Another Aussie name that comes to mind, who was both as you have described about Shane … Gorden Tallis. You’ll likely know the famous match story about him and the aluminum cleats.

Was fortunate to see him play @ North Harbour many years ago … where the entire home team end zone was wild. By the way, I recall that it was very much a gentleman’s crowd. It may have been the All-Blacks but unfortunately, I don’t recall. Maybe you can help my memory there. Jonah Lomu was fairly fresh on the rugby scene at that time.

Yeah I h ad to do a search to be sure I was thinking of the same guy and to jog my memory but I remember Gordon Tallis. How can you forget a man like that. Dirty bastard.

I doubt it was The All Blacks, Gordon played Rugby League, I remember watching him play for Queensland when I was younger in the State of Origin (when the State games were actually good, there were more fist fights than actual playing time). I used to look forward to State of Origin matches as much as All Blacks test matches.

@GreenMartian are you a Kiwi or spent a lot of time in NZ?

Yep, your right … it was rugby league. A polite Harbour crowd. Perhaps alot of folks from Devonport.

That tells me a little bit but not much

I remember Gordon Tallis . . . @GreenMartian - you were a 7dac missionary here?

@knob Nope, not a missionary. 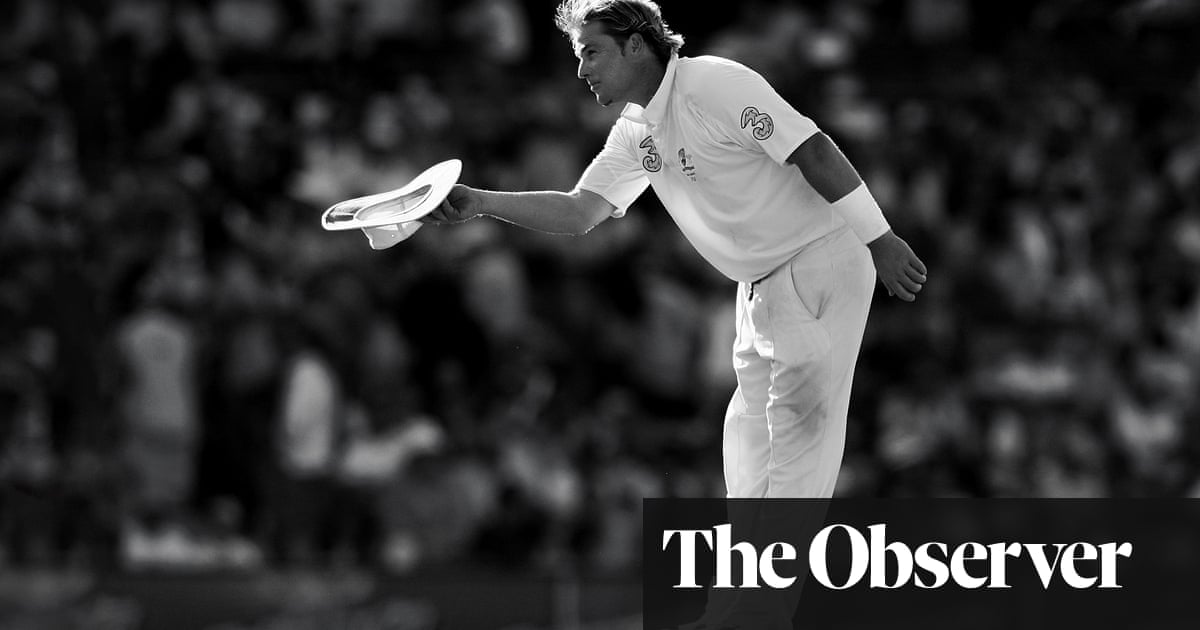 Shane Warne’s death is like that of a friend and gets worse with each hour |...

A good read. I played cricket for only two seasons, no real ability nor patience. But the last days I’ve watched some leg spinners from him, wow. RIP. Amazing sportsman. And what a character! We hardly have them anymore in these politically correct PR days of sport. Shite.