Anyone tried this out? I just installed it on the Thinkpad. Seems very nice though I am only just into the first time boot.

Shall post more if I get further into it.

I tried it a while back. Pretty good if you want to check out a FreeBSD distro.

I would install OpenBSD instead. Willing to trade performance on Linux for security on OpenBSD. FreeBSD is more suitable for web/file servers.

Another BSD, at the moment only for testing. 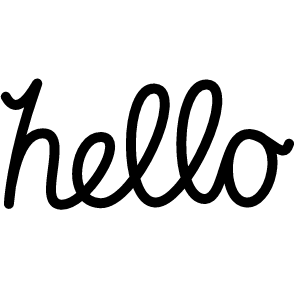 Desktop system for creators with focus on simplicity, elegance, and usability. Based on FreeBSD. Less, but better!

I can see it already:

I should install this later on another soon to be purchased Thinkpad during the summer, just in case he shows up at a gig.

Seems very nice though I am only just into the first time boot.

I’ve tried it a while ago, and I liked it. My issue maybe is that I’m already too spoiled with OpenBSD to feel comfortable with other BSDs.

And they’re great, but puffy for me feels so simple, reliable and predictable, that I became kinda lazy.

The same thing goes with Arch (AL) as my only linux distro. I’ve tried Void, Tumbleweed and others but, they felt lacking or needlessly complicated in one way or another.

Yeah I don’t dive into more complicated Linux things yet because I like to work on a desktop with a large display for things like that. Laptops are something I don’t feel comfortable with doing more intensive tasks because laptops can die on me (had more than a few do that), or break. If I had a spare lappy, sure I might install something like OpenBSD just to peek at it, or have a spare box lying around, but I don’t have spares like I used to.

I don’t feel comfortable with doing more intensive tasks because laptops can die on me (had more than a few do that), or break.

Have you tried Virtualbox or one of the others? Makes it great for testing other Linux OS.

I had a few years ago when I was getting back into Linux, on my Windows machine, both VB and VMWare. I like to try distros on metal, I get a better feel for them doing that.

Fair enough @drummer. I was in a similar situation in the past, but fortunately, I was lucky enough to get my my hands on an old X60 IBM (i386) some 8-9 years ago in the main electronic market of Hong Kong. So I’ve started to play and tinkering around with BSDs from that little bugger, and that X60 still alive today lol What an amazing little laptop.

And you’re right, we should always strive to pick the best tool for the job, and this usually is not a matter of our personal preferences, it is what it is.

@Beast Nice, the cool thing with Linux is that you can make almost any computer work, old and new. I used to have about 6 mid towers that were given to me by a person who worked at Intel, older boxes that had decent chips at the time, and I didn’t bring them with me when I moved back to SoCal (left them with a housemate in SF). I used 386/486 boxes back in the early 90’s at work, I have always liked building boxes and sitting at a workstation, I kind of miss old flat CRT displays lulz, and computers can be bought on the cheap on Ebay, refurbished ones that still work.

I just haven’t got to even redoing my iMac yet (it’s going Linux since it’s a 2009 model), or fix an old box. So it’s mostly working with the Thinkpad, as the craptop I had is now a sort of desktop, after I detached the display for an external one.

the cool thing with Linux is that you can make almost any computer work, old and new

Yeah man, It’s pretty awesome! Unfortunately Arch dropped the support for i686, otherwise I would be still using it on my IBM X60.

Weirdly enough, I must confess that I miss that too! lol

it’s mostly working with the Thinkpad, as the craptop I had is now a sort of desktop, after I detached the display for an external one

Welcome to the club @drummer, I’m an incurable Thinkpad junkie man, only use trackpoint (no touchpad for years) and don’t think I would be able to go back to another kind of laptops. I’ve even tried a Macbook Air recently, and that thing today is my wife’s workstation lol

I’m an incurable Thinkpad junkie man, only use trackpoint (no touchpad for years

Yeah I wish I had a couple more of them, like a T480/490 and the new workstation grade ones, or the Fedora one. I don’t use the trackpad on mine either, although I still haven’t gotten used to the Trackpoint yet (I still use a mouse lulz). I still need a Macbook for work however.

I still use a mouse lulz

We can’t go wrong with the mouse, the trackpoint thing is kinda a curse lol

I still need a Macbook for work however.

I’ve never met someone who works with audio or photography who didn’t use Macbooks man, they’re great! I would use them happily if necessary…

Decided to try NomadBSD on VB, downloading now. It’s a big ass download 2.3 GB, will take an hour to download. Guess I will install it tomorrow.

Hope you’re not using the mirror from India

The one from Canada, the bottle neck is my ISP.

Installed NomadBSD last night in VB which went really well. Booted right up added a user and reboot several times.
This morning ran update to find about 12 updates, updated the system to a fail on the last two. Rebooted to try again and couldn’t sign in with the user or root. Dropped to tty and signed in. Couldn’t update so kicked it to the curb. Time to move on and try something else.

Another project worth checking it out is fuguita.org. It is based on OpenBSD and runs beautifully from USB as well. It comes secure by default with the OpenBSD base system, and you can install only software you really need or want.

I shall check it out. I currently have Endeavour OS on the laptop to check it out and Gnome 40 too,