Been sitting on my hardware since mid 2013, been itching for an upgrade for a while now and have just been waiting. Today I decided it was time and ordered all the parts.

I’m switching back to amd after many years, the new ryzen cpus are great for the money, and I want to rid myself of the proprietary nvidia drivers. One downside, I own a gsync monitor (nvidia only) so I’ll be giving up some smoothness in games when at lower framerates (freesync for a future monitor upgrade).

Gonna be re-using many of the watercooling parts from my current build, still waiting on word from swiftech whether they offer AM4 mounting hardware for my water block, if not I’ll just be picking up an EK supremecy.

I don’t really have an overall purpose for the topic, just stoked to get some new hardware after a long time and wanted to share, feel free to post if you’re also thinking of doing an upgrade in 2019

I have been wanting to upgrade for a long time, and when my pc recently started playing up I was hoping that that would be the excuse I needed. Turns out a new ram stick fixed the issue and now works better than ever! No harm in replacing it one component at a time though. I still don’t have an SSD.

And well done for moving away from those NVIDIA bastards.

No harm in replacing it one component at a time though

For me that wasn’t an option due to the platform switch and the move from ddr3 to 4, atleast I can use most of the water stuff, power supply, and case. The rest of my old parts will be going to good use though.

@Head_on_a_Stick Indeed, when I built the old system I was yet to be woke as it were

and used windows 24/7. With the open sourcing of amds drivers and that they work well enough is a good push for me to jump ship always preferred amd anyhow even if I take a small performance hit.

Hello,
I’m back to the AL forum after a while (struggled with health issues unfortunately). Hope you’re fine and doing well!
Just wanted to share, two days ago I got a Macbook Air as a replacement for my cheap chinese notebook. I wiped out Mac OS X before installing AL (ah ah …) and and I’m enjoying this rejuvenated machine. Only issue I had was with the wireless Broadcom 4360 card which didn’t work out of the box. 10 minutes to identify and install the drivers from the repos and I was done.

what kind of case you using for this build?

I’m reusing my old corsair 750D, I was tempted to go small for factor but the motherboards were not that appealing so I stuck with atx. @natemaia It looks perfect and clean. I like that cooling system.

Good choice to me, saved a bit looks nice.

Hey, me too. My hardware is also from 2013, so maybe it’s time for a change. It’s been acting up a bit every now and then, doesn’t recognize the drives and stuff…

I’ve been thinking these parts, what do you guys think? I’m gonna use my old case, SSD and power unit. My GPU is cr*ppy GeForce GTX-650, but i think i’m going to use that too, because i don’t play that much. 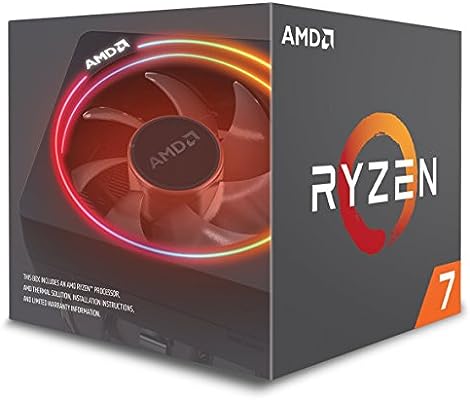 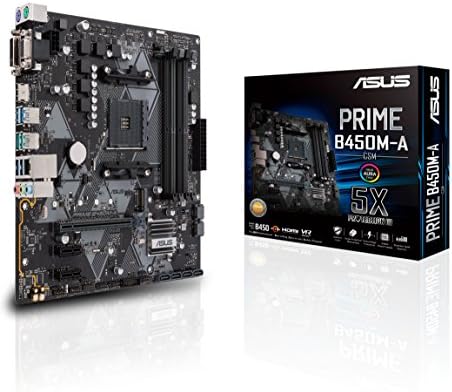 …or something like that, not quite sure yet. I’m open for suggestions, don’t know much about hardware.

If you’re planning on getting a 2700x personally I would stay away from the b450 chipset motherboards and go for either x370 or x470.

Also use caution when buying RAM for the ryzen platform, it’s speed is very memory dependant, much more so than intel so get something certified for use with ryzen and preffereably around 3200Mhz or you’re essentially throwing out the actual performance of the 2700x.

In all honesty though the 2600x is hands down the best bang for your money right now with 6 cores 12 threads and unless you really need those extra threads, the extra cash would be better spent on some better memory and mobo.

Also, if you’re in canada, try out memoryexpress.com. Theat’s where I’ve gotten nearly all my new computer parts for many years.

Ok. Could you give me an example for a better RAM, and not much more expensive i hope?

This is a great site in order to buildup a pc @eesau, guess it s what @natemaia would suggest

So the build is fully complete now, the gpu came in yesterday so I got it tested on air and integrated it into the loop after. It’s been running for long enough that I’ll call it “leak tested” and forget about for a ~year.

Overall I’m fairly happy with the upgrade and it wasn’t too painful to migrate my install. More than anything I’m happy having not IME or Nvidia drivers, likely some other unscrupulous binary blobs but I’ll take the win. Yea PCpartpicker is a good site, unfortunately the performace is so awful in my browser it’s basically unusable for me

but it gives you a good idea for what the price market is like on a given part. The main downside is you can end up with many different purchases from multiple sites leading to possible shipping headaches. Mainly my opinion as I really prefer buying things from a physical location and am forced to do shipping in my current location (small town problems)

@eesau Generally speaking all RAM will work at the base DDR4 spec (2133MHz), it is NOT garunteed to work at it’s rated speed (3000, 3200, etc…, ie. what you’re paying for), this gets into grey areas where maybe it works at these speeds, maybe it doesn’t.

To be sure, grab a QVL (qualified vendors list) from the manufacturer of the motherboard in question and find a kit that’s been tested. I got mine here https://www.asus.com/us/Motherboards/PRIME-X470-PRO/HelpDesk_QVL/

Something like this kit is on most motherboard QVLs and basically what I got in my parts list above.

True mate, same issues concerning the small town problems, it was more aimed at what fits together than buying from separate places as you stated above. Unless one s in no hurry to get his/her parts.

Nice install by the way @natemaia !

Thanks natemaia, i appreciate it. My head’s going to explode though, but thanks.

I went through the manufacturer’s (Asus B450M) list of tested parts, found one which suited my wallet. Was going to order it, but once more glanced the site and noticed the review that said that the RAM comes with much lower speed than it says in the package, and you must overclock it or something yourself to gain the full speed. Oh my… And is it the same scam with other RAMs too… This is bloody awful. Deleted my shopping cart and gave up.

Why oh why didn’t i just order the cheapest 2x8GB and move on… Ignorance is a bliss.

Was going to order it, but once more glanced the site and noticed the review that said that the RAM comes with much lower speed than it says in the package, and you must overclock it or something yourself to gain the full speed. Oh my… And is it the same scam with other RAMs too… This is bloody awful.

Yes this is what I was refering with manufacturer rated speeds vs jedec spec before.
I would’t be too put off by it, most motherboards will have a simple one-click selection for your ram’s rated speed if it’s a supported kit. Even without this it boils down to entering about 6 numbers into the BIOS manually just by reading the box it came in or using the bios SPD readings.

If your current system is an OEM prebuilt (dell, asus, compaq, etc…) this won’t apply, otherwise it’s likely also not running at the rated speed

so feel free to ignore all this and get whatever, like I said above it’s garunteed to work at jedec spec 2133Mhz at the very least which is still faster than ddr3.

Yes this is what I was refering with manufacturer rated speeds vs jedec spec before.
I would’t be too put off by it, most motherboards will have a simple one-click selection for your ram’s rated speed if it’s a supported kit. Even without this it boils down to entering about 6 numbers into the BIOS manually just by reading the box it came in or using the bios SPD readings.

If your current system is an OEM prebuilt (dell, asus, compaq, etc…)

No, i built it myself.

In fact, i can manage with computers, i just don’t like it. Physical machines i mean. And selecting parts isn’t fun also for me. Necessary evil. I always find myself asking for assistance in that.

Anyway, haven’t decided anything yet, so maybe i come to my senses and select better motherboard and maybe a bit cheaper CPU. I want power though…